Do You Want More Leads?

How Does Facebook Advertising Work – Backend of Fb Ads

To leverage the power of facebook ads, you must be well aware of facebook ad delivery system and how it works or you may end up losing money and energy without any profitable returns.

To understand Facebook advertising system properly, you must know the goal of facebook. What do they want to give advertisers and users? 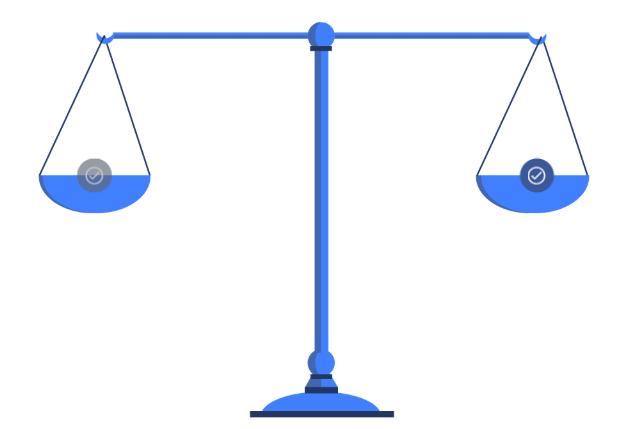 The best way for facebook to do this is to hold an auction in which both interests are represented. That way, advertisers are reaching people receptive to their ads and users are seeing something they’re interested in. The goal is to match the right ad to the right person at the right time (3 rights).

This is different than a traditional auction because the winner isn’t the ad with the highest monetary bid, but the ad that creates the most total value. All ads on Facebook compete against each other in this process, and the ads that the facebook system determines will create the most total value will win the auction.

The good news is, the end result is that the more relevant fb predicts an ad will be to a person, the less it should cost for you, the advertiser, to show your ad to that person.

What does the Facebook ad delivery system consist of?

The delivery system consists of three components:Auction: When there’s an opportunity to show someone an ad, advertisers compete for this opportunity. To find the most relevant experience, system ranks each ad targeting a person. The winning ad maximizes value for both the advertiser and the person being advertised to.

Pacing System: Pacing gives the system the flexibility to get you the best available results for your goals then it adjusts your bid (or which auctions your ad enters) based on how much budget and time are left for your ad set. Similarly, the system may increase how much budget it spends if there’s an opportunity to get many optimization events with costs aligned with your bid strategy. It may also decrease how much budget it spends if there are few available optimization events with costs aligned with your bid strategy. Advertiser Controls: These are the advertiser inputs that guide fb auction and pacing systems. These inputs include values and parameters you specify for your audience, budget, bid, placements, schedule, and optimization event (The number of times your ads achieved the outcome your ad set is currently optimized for, based on your chosen conversion window).

In this part we’ll see how facebook maximizes the advertiser value through its powerful algorithm system.

Let’s explore how Auction works through the lens of a frequent Facebook user. June is a 25-year-old woman who lives in Washington. The first thing she does each morning is open Facebook to see what’s new with her friends and family

1. Competition: Thousands of advertisers want to show ads to people like June at the moment she starts looking at her News Feed – that is, people who are female, 25, who live in Washington, and so on.

2. Determining bids: Facebook holds auctions that take into account each of these advertisers’ bids for an opportunity to serve an ad impression to someone like June. The system also considers how interesting and relevant it thinks June will find each of these advertisers’ ads, and how likely she would take an action such as clicking or making a purchase after seeing the ad.

3. Choosing the winner: Based on all of these considerations, Facebook determines which advertiser will win this auction.

What June seesFinally, Facebook shows June the winning ad in her News Feed.

A similar process happens each time a person on Facebook sees an ad. The ad auction works the same way for ads shown on Instagram, Messenger, and Audience Network.

Facebook auction ranks each eligible ad by its Total Value, and the ad with the highest Total Value will win the auction.

Total Value is a numeric value calculated using several factors, including the bid you submitted when you set up your ad, the system’s predictions about how the people in your audience will react to your ad, and how relevant the system thinks they’ll find your ad. User value takes into account relevance and ad quality. The more relevant your ad is to your audience, the more likely it will be more competitive in ad auctions as well as perform better.

Formula This is an overview of the formula facebook use to determine which ad wins the auction:[Advertiser Bid] x [Estimated Action Rates] + [User Value] = Total Value

Estimated action research ad has an optimization event, often an action you want a person to take like clicking to a website or installing an app. Estimated action rates represent how likely the system thinks a given person is going to take that action.

Facebook base its estimates on the previous actions by the person you’re trying to reach and your ad’s historical performance data. This helps the system deliver your ads to the people most likely to give you the result you care about. Regardless of which action you choose to optimize for, ad algorithm converts all advertiser values to an effective CPM (eCPM) to allow it to rank ads with different optimization goals and bids. CPM is Cost per 1,000 Impressions — the total amount spent on an ad campaign, divided by impressions, multiplied by 1,000.

Estimated action research ad has an optimization event, often an action you want a person to take like clicking to a website or installing an app. Estimated action rates represent how likely the algorithm considers a given person is going to take that action.

Ad quality algorithm represents how interested it considers a person will be in seeing your ad with measures of its overall quality and specific relevance. For example, if your ad has gotten lots of negative feedback, that can decrease its total value. Or, if the person has a history of being interested in what you’re advertising, that can increase its total value.To get an idea of how users are reacting to your ad, check its relevance score.

User value user value is about creating the best and most interesting experience for people across the communities in the Facebook family of apps and services. It considers whether or not someone would want to see your ad, and factor in this expected relevance when the algorithm determines which ad will win an auction. User value captures things like ad quality, expected positive and expected negative engagement from the people in your target audience, and post-click experience.

Relevance vs Relevance Score Note that Facebook uses user value, not relevance score in calculating total value. User value takes into account relevance and ad quality. The more relevant your ad is to your audience, the more likely it will be more competitive in ad auctions as well as perform better.

Let’s walk through the eCPM formulas for different optimization goals.

Actions may include video views, mobile app installs, website conversions, and page post engagements.*Estimated conversion rate here means how likely that someone will convert after he or she has clicked. = Advertiser bid per impression

To illustrate the above concept, let’s walk through an example of three ads with equal estimated action rates where each ad is optimized for different outcomes. Ad 1 is optimized for impressions, Ad 2 is optimized for clicks, and Ad 3 is optimized for conversions. As the table shows, all bids are standardized to an effective CPM (eCPM) bid, and they’re ready to be ranked once we factor in their user value.

In the last chapter, we talked about the inputs that go into calculating Total Value, which Facebook uses to determine which ad is shown to someone.

One of these inputs is user value.

In this section, we will pull back the curtain on how Facebook determines user value.

How Facebook determines which ad to show to whom

Facebook constantly strive to optimize the experience for consumers because showing them high quality, relevant ads makesthem more willing to engage with advertisers in the future.

Across the Facebook family of apps and services, they aim to optimize the experience for people by matching them with ads that are the most relevant to them.

When your ad has a high user value, it means your ad is relevant to your target audience, which will help to boost its total value ranking in the auction. Formula As a reminder, this is an overview of the formula fb algorithm uses to determine which ad wins the auction:[Advertiser Bid] x [Estimated Action Rates] + [User Value] = Total ValueUser value drivers

If you know your audience well, your ads will likely have solid targeting and relevant content, which then leads to a high user value. As we have mentioned previously, ads with a higher user value can potentially get more delivery and have lower costs. Conversely, ads with lower user value may possibly get less delivery and have higher costs.Value signals lets say the system have an opportunity to show June an ad as she scrolls through her Facebook News Feed. To determine your ad’s user value for this opportunity, the algo uses two types of signals as shown below.Users value signal: User value seeks to optimize the experience for users in the communities.1. How people interact with organic content: This signal looks at how people interact with organic content.In our example, fb would look at how much June has clicked, liked, and shared content posted by friends and family.2. How people interact with paid content: This looks at how people interact with ads and other paid content, which would include the signals in the next set of blocks. Ad quality panel: Algorithm taps Facebook users for feedback on ad quality, which is the most important factor in determining user value. The ad quality signals are derived from:Evaluation by a representative sample of Facebook users who judge ads in their News Feed primarily on whether or not they want to see the ad.Responses from Facebook users when surveyed about their preference for ad A vs. ad B.Machine learning models that have been trained on the survey results in addition to the factors below. Predicted engagement: Before fb runs your ad, it predicts how people may respond to your ad through actions like clicks, shares, likes, and video views.Post-click experience: Algo looks at the drop-off that may occur after someone clicks an ad but abandons the experience before the landing page loads. It wants to better match ads with people who are actually going to be able to consume the content. This means that if someone abandons the experience before your landing page loads, it can lower your user value score. See more about post-clickexperience.

Repetition: Seeing the same ad over and over can be tiring and a nuisance to users, therefore user value is refreshed to prevent the most repetitive ad experiences.

Therefore user value may go down for someone who has seen a particular ad multiple times already.

We hope that you now have a better understanding of the Facebook ad auction, including how it is designed to maximize advertiser value and optimize the experience for consumers across the Facebook family of apps and services by showing them ads they’ll find most relevant and interesting.

I'm a technology enthusiast with an educational background in Management (BBA) and Supply Chain Management (MBA). But I choose Digital Marketing to build my career on because I'm passionate about it.